The season is here where that colder weather begins to welcome more of those family movie nights! Watching a flick with an adoption/ foster-care storyline, or themes of identity and belonging, can not only entertain, but lead to a thoughtful conversation about the way your family was formed.  The Jungle book, Blindside, & Closure,  are a few of a number of options that can be a part of family movie night this chilly season! Get the popcorn ready, and take a look at a few more below!

Meet the Robinsons
Twelve-year-old Lewis lives in an orphanage. He loves to invent things, and never gives up on his ideas (one invention took more than 900 tries). He’s had 124 interviews with prospective parents, though, and is ready to give up on the hope of being adopted. With the help of a mysterious stranger, Lewis travels 20 years into the future and meets the loving family that will be his. He returns to the present time with his hope renewed. This is a cute, kid-friendly movie. Some aspects may be troubling, but it’s altogether positive, and raises good discussion points.
The adoption interview scenes and the sense of “auditioning” for prospective parents might not sit well with some kids (or some parents). On the other hand, Mildred, the orphanage director, is loving and positive—a rarity in movie portrayals! Before one interview, she tells Lewis, “Go show them how special you are.” 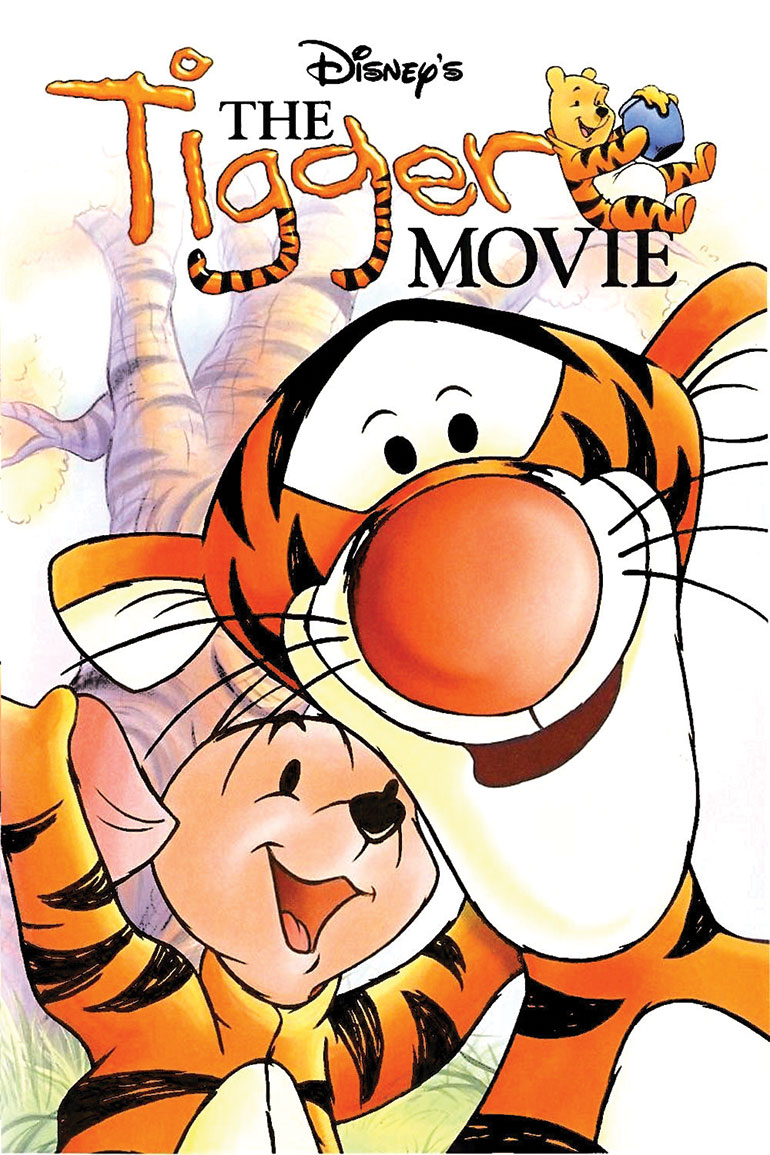 “The wonderful thing about Tiggers / Is Tiggers are wonderful things…. They’re bouncy, trouncy, flouncy, pouncy / Fun, fun, fun, fun, fun! / But the most wonderful thing about Tiggers / Is I’m the only one!” sings Tigger, but he begins to wonder why he’s the only one. Where are all the other tiggers? In a misguided effort to help, his friends write a letter that purports to be from his birth family. When Tigger discovers that they wrote it, he heads out in a blizzard to look for other tiggers. His friends go after him, and he eventually realizes that they are his family. The question of where the other tiggers are (or whether there are other tiggers) is not resolved. This will mirror the experience of some adoptees: answers are not always available.
This brief, sweet film encourages the idea of finding happiness with the people you know and love, but doesn’t ignore the desire to learn about your first family. Older adoptees who have younger siblings might be convinced to watch The Tigger Movie as a family, and would likely benefit from it. 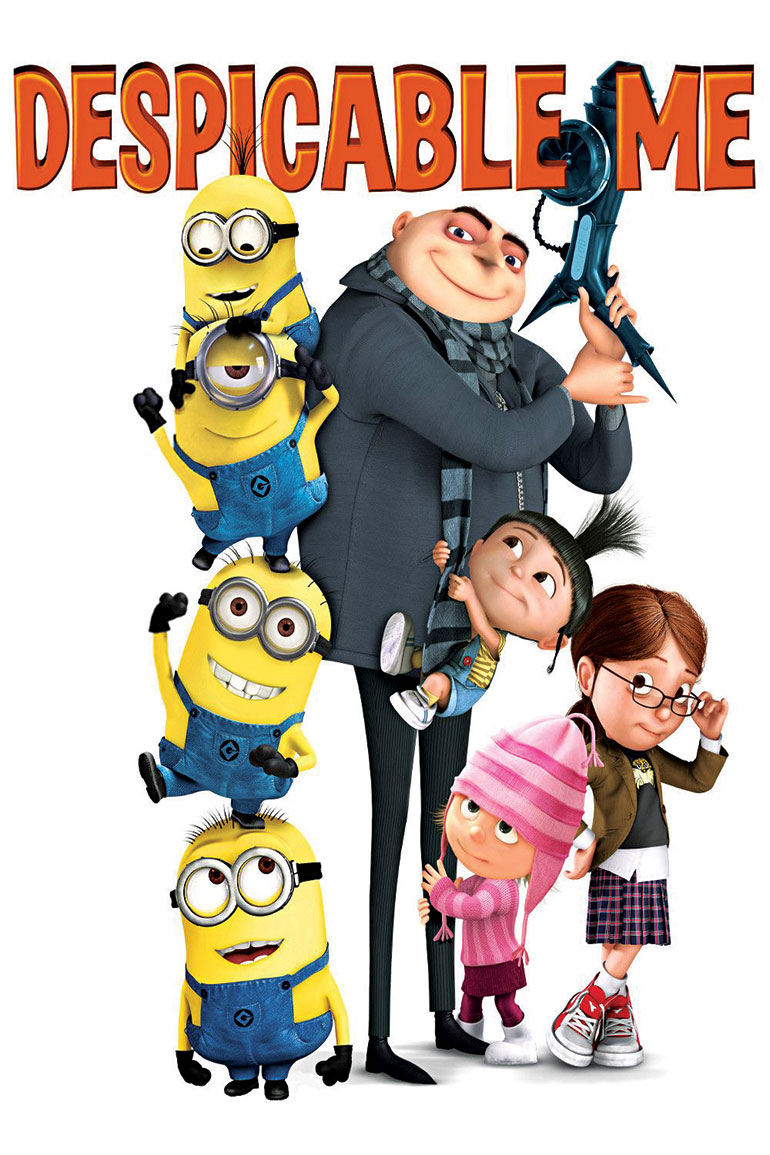 Both of these animated features got a lot of hype. The first one portrayed adoption poorly; the sequel handled it very well.
In Despicable Me, the villain Gru adopts Margo, Edith, and Agnes from Miss Hattie’s orphanage. The orphanage was a miserable place, where punishments included sitting in a “box of shame,” but the girls’ life with Gru is no better—he adopts them only because he needs them for his evil plan. Toward the end of the movie, he returns them to the orphanage, then has a change of heart and goes back to re-claim them. 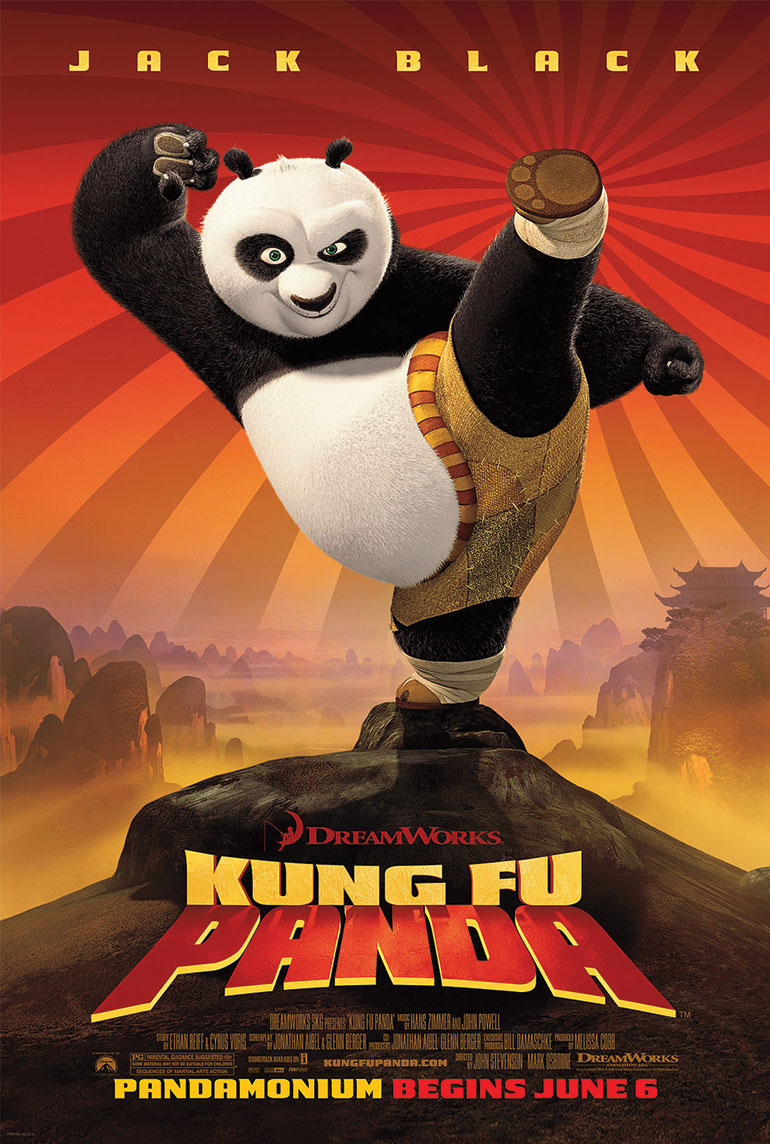 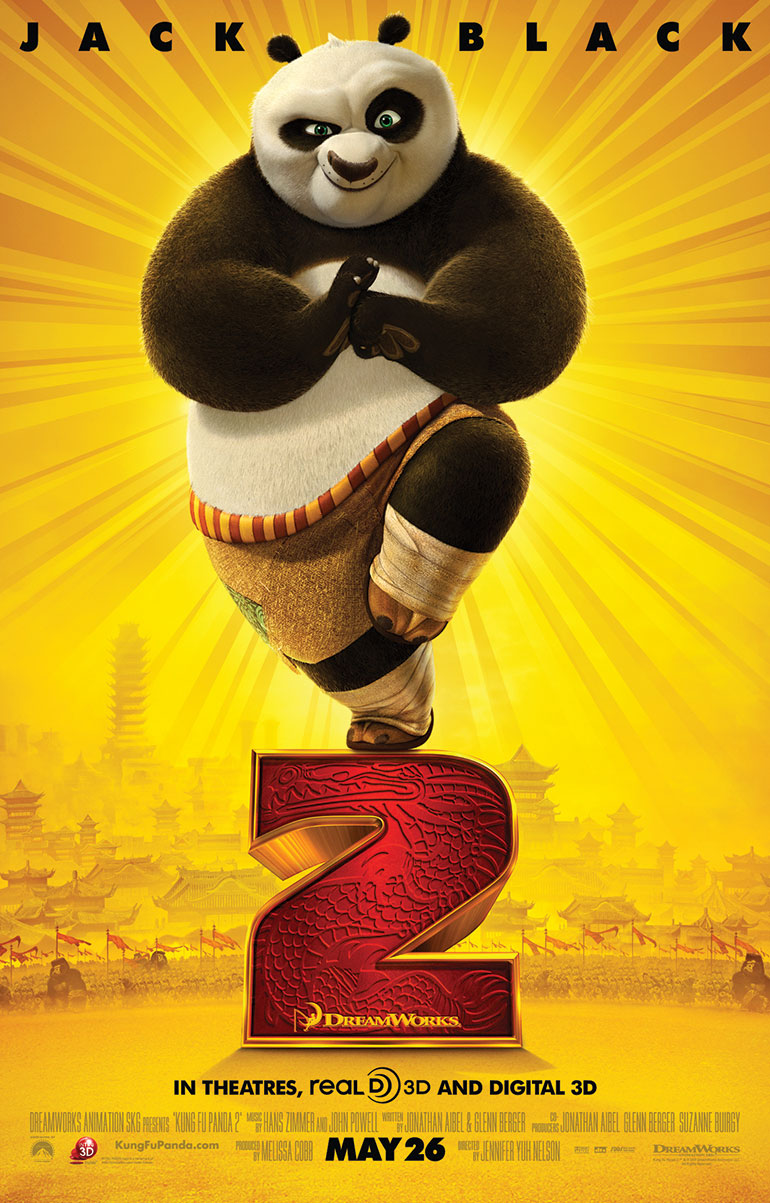 These fun movies will definitely appeal to kids, and both handle adoption well. Po, a Kung Fu-loving panda bear, was adopted and raised by Mr. Ping, a goose who owns a noodle shop. Po is conflicted, feeling that he must choose between his own passion and his family’s calling, but, with his father’s encouragement, learns to incorporate both into his identity. By the end of Kung Fu Panda, Mr. Ping has given his son the secret family recipe, and Po has become a great noodle cook, as well as a Dragon Warrior. 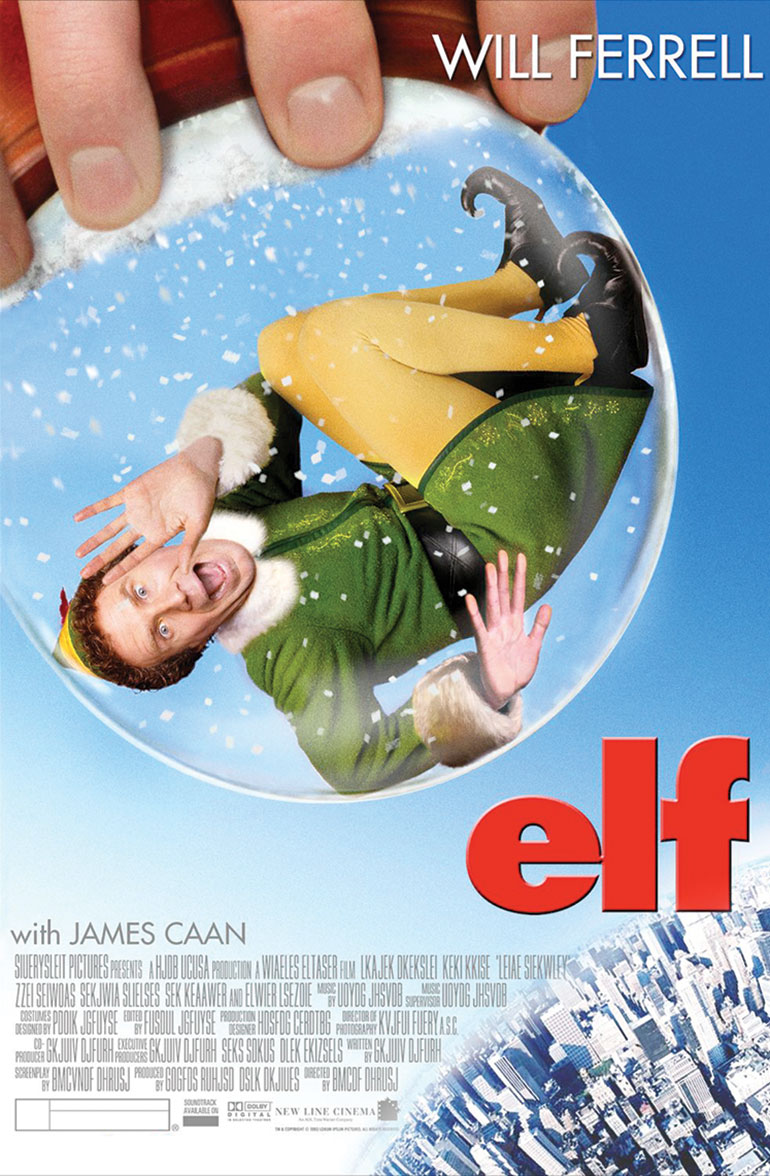 This Will Ferrell comedy gets a lot of play around Christmas time. It’s, of course, meant to be light-hearted, but some scenes may evoke painful emotions.
A baby at an orphanage crawls into Santa’s sack and ends up at the North Pole, where he’s named Buddy and raised by Papa Elf. Buddy doesn’t fit in, due to his size, but is told only as an adult that he was adopted. He sets off to New York City to find his birth father, Walter—and is harshly rejected by this man who’s on Santa’s “naughty list.” For most of the movie, Buddy doesn’t feel like he belongs in either world. Finally, Buddy is accepted by his birth father. 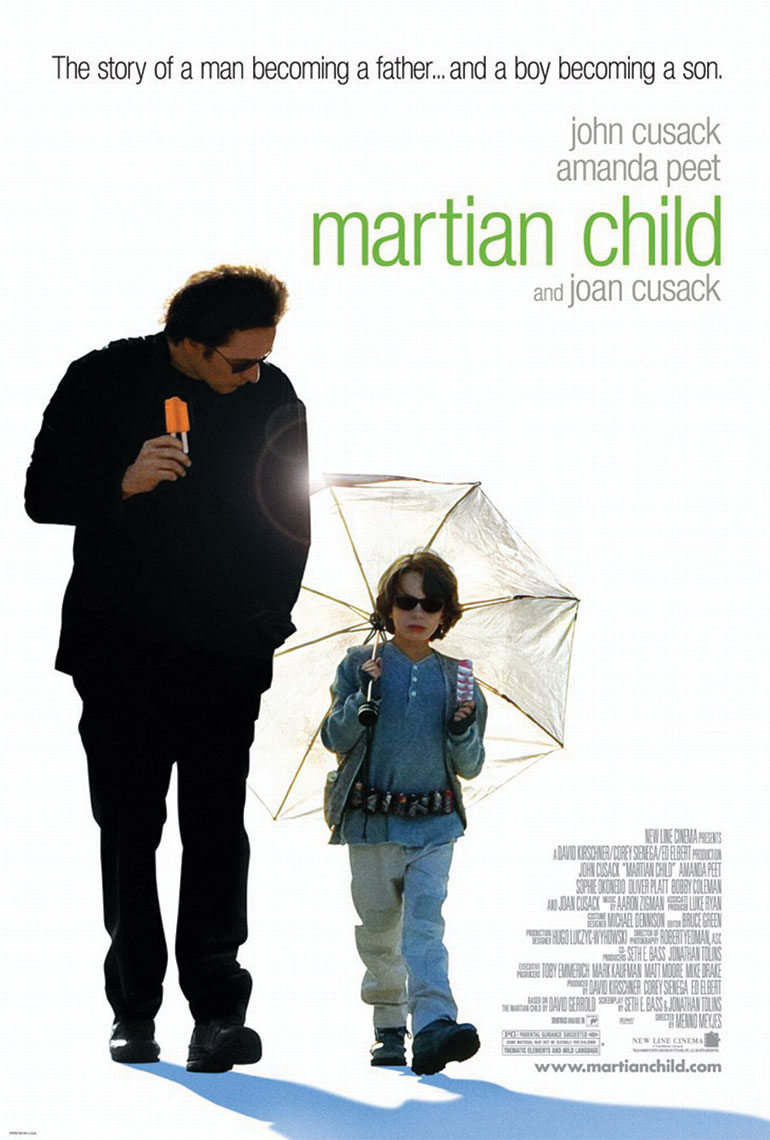 David Gordon, a widower, is adopting from foster care. He’s matched with an eccentric six-year-old named Dennis, who claims he’s from Mars. Martian Child offers an honest portrayal of David’s questioning, wondering whether he is qualified to be a parent, and of the rocky adjustment period. Dennis steals some of David’s belongings, including pictures of his wife. When David finds out, Dennis asks, “Was I bad? You’re going to send me away because I took your stuff?” David responds, “There’s nothing you could do that would change the way I feel. I’m not going to ever send you away.” One of the best cinematic depictions of foster care I’ve seen! 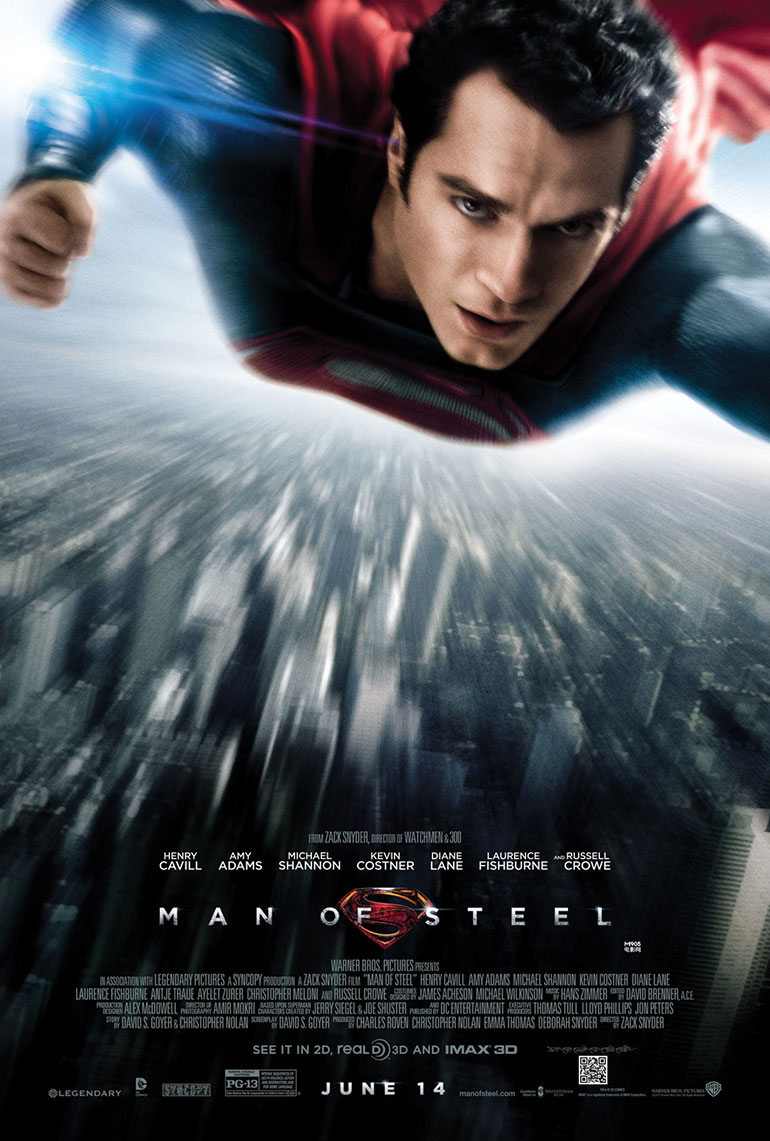 Yes, Superman was adopted! When Jor-El and Lara learn that their planet, Krypton, will soon explode, they send their newborn, Kal-El, to Earth. As they say goodbye, Lara mourns because she will “never get to see him walk or hear him say our names.” The baby is found by Jonathan and Martha Kent, who adopt him and name him Clark.
This film is best for preteens and teens. It offers a nuanced view of identity, even though it seems to encourage a degree of secrecy around adoption—and is also quite violent. Jonathan struggles to be honest about Clark’s adoption. After he reveals the truth, there’s a painful confrontation when Clark says, in classic adolescent-adoptee fashion, “You’re not my dad, just some guy who found me.” His dad’s response truly made me cringe: “You’re right. We’re not your parents. We’re just doing as best we can.” Ultimately, Jonathan avows that he is Clark’s father, and that Clark must explore his heritage. Clark understands that he can be a “child of Earth” as well as a child of Krypton. 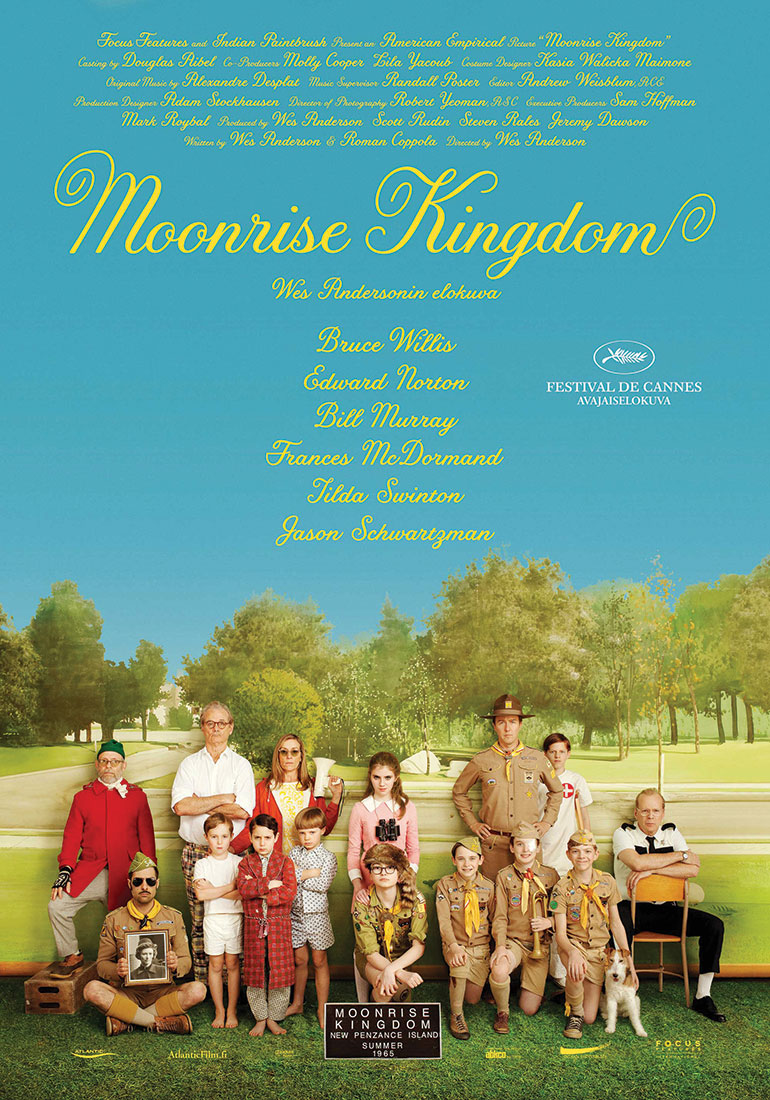 Sam, an orphan, is at scout camp when his foster family informs the camp that they won’t take him back at the end of the summer. Suzy is the daughter of two belligerent lawyers, and acts out. These two 12-year-olds have been pen pals for the past year, and neither has any other friends. They decide to run away—he from camp, she from her home, and both are running from loneliness. During the search for Sam and Suzy (and an ensuing escapade when the other scouts start feeling guilty about ostracizing Sam and work to prevent his being sent to a “juvenile refuge”), the local police captain becomes Sam’s mentor, and eventually his new foster father.
Several of the scouts, and even Suzy, say some pretty insensitive things. In one scene, Suzy tells Sam, “I wish I was an orphan. Almost all of my favorite characters are. It seems like your lives are more special.” (Seems like a prime example of something you should never say to an adoptee.) Sam responds, “I love you, but you don’t know what you’re talking about.”

For more ideas visit the Adoption at the Movies’ Page!